The Costas of Spain have long been a favoured retirement destination for the people of Ireland. Furthermore increasing numbers of retirees are opting to live in the ever cosmopolitan Spanish cities. 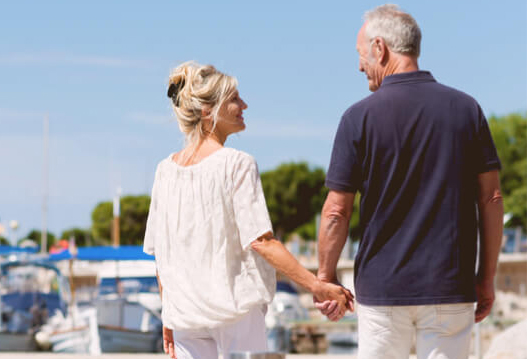 Pros And Cons Of Retiring To Spain From Ireland

How much do I need to retire in Spain?

This depends on the type of retirement you want to enjoy.

That said, in global terms, retirement in Spain also tends to be fairly low cost. You can retire quite comfortably with €25,000 a year in income.

Spain, Ireland and retiring within the EU

Both Spain and Ireland have similar residency rules, as they are both members of the EU, you are of course free to work, live and retire in any member state. This means: 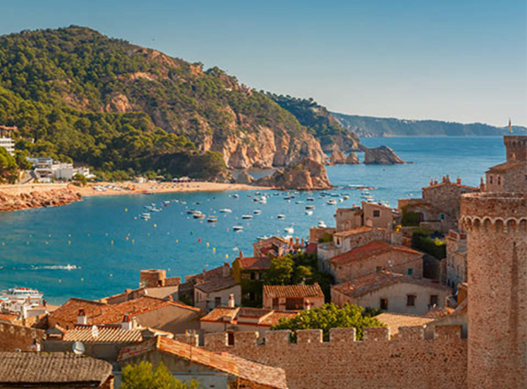 To be considered a resident of Spain you need to spend 183 days in the country or a total of 280 days over a two-year basis.

After becoming a Spanish resident, you’ll need to complete a Declaration of Residence outside the Republic of Ireland (EO0194O) form with the Irish revenue.

Changes to the residency regulations

Although not new changes, they were implemented in 2012, you should be aware that when you do apply for residency, the Spanish authorities will ask you to provide:

The Spanish tax system is fairly similar to the Irish tax system that you will be familiar with but there are differences in how certain assets are taxed and at what rates depending on where you live in Spain.

The two main sources of income in Spain are;

This is the rate of tax applied to investment income.

If you’re a Spanish resident you’ll be taxed at these rates currently:

There is reporting between the Irish & Spanish revenue so it is important to ensure you plan appropriately taking into account the Double Tax Agreement in place.

In Spain, pension income is taxed like salary: subject to a general rate of 24% rising to 45% . Again the exact figure will depend on the rules for the region you live in.

It’s critically important to assess whether you are actually a Spanish, Irish or British resident of course and this largely depends on how many days you spend in each country.

Finally, Spain taxes all residents on their worldwide assets – at least initially. Financial advice can help you consider how you earn and report your annual domestic and foreign sourced income and other assets you own.

Transferring your Irish pension to live in Spain

Spanish residents with Irish pensions or occupational pension income are taxable in Spain and not in Ireland, under the terms of the Ireland-Spain Double Taxation Treaty. This varies depending on your pension terms.

ARF’s, AMRF’s and Personal Retirement Bonds will likely be considered emoluments or salary income as they are not recognised as pension structures within Spain. This means they’ll be taxed at normal income tax rules on drawdown and also potentially have 25% tax by Irish revenue. You will then need to claim back any excess tax you have paid from the Spanish Hacienda (Revenue) which is not an optimum situation.

Defined Benefit (DB) and annuity based pension income can be tax efficient in Spain but selecting the right provider is crucial to avoid the many pitfalls of drawing your pension monthly income. Annuities are exceptionally bad value these days also so there is a fine balance between the type of pension and the tax and IHT planning.

For more info on transferring an Irish pension abroad see this page.

Bear in mind, the tax you pay on your pension income can depend on a lot of factors including

Rental income from an Irish property

Besides your pension, property income may form a large part of your retirement plans.

You must continue to report rental income from Irish properties on an Irish tax return every year as the income remains taxable in Ireland. You’ll want to try and offset the Irish tax against any Spanish tax liability under the Double Tax Agreement between the 2 countries. Speak to an Imperius Wealth expert if you are unsure how to do this.

When do you start planning?

As with any sort of retirement planning, the earlier you begin the process, the better the outcome. When it comes to retiring in Spain, we recommend 12-18 months before moving.

The first points of your action plan? Speaking with your spouse/close family and finding a knowledgeable, and experienced cross-border Financial Adviser.

There’s also a free ebook at the bottom of this page that covers the move in a lot more detail. We hope it is essential reading.

All residents of Spain are required by law to declare all assets they hold outside Spain worth more than €50,000 regardless of where you were born, previously resided or hold the assets themselves. The reporting regime and documentation to report this is known as Modelo 720.

The Spanish tax authorities frequently give severe fines for any non- disclosure or incomplete reporting of foreign assets which can sometimes be as high as 150% of the value of the undeclared assets.

These can be retrospectively imposed for prior incidents of non-disclosure so it’s incredibly important to ensure full tax compliance. The OECD’s Common Reporting Standards regime has started reporting these from at least 2017 onwards.

Financial or Physical assets greater than €50,000 at 31 December each year (the official reporting date) is required to be reported. Future Modelo 720 reporting is only required when the reported asset increases by €20,000 on the previous stated value.

Needles to say Spain offers a fantastic low cost destination for Irish retirees who are looking to enjoy the lifestyle that Spain gives. It’s important to plan for this retirement though if you wish to avoid the gaze of Spanish revenue. There are reasonably simple steps you can take to avoid any unnecessary tax complications but you should really speak with someone in Imperius Wealth first to understand your options.

Get the guide to retiring in Spain

Learn more about residency in Spain with our eBook ‘The Essential Guide to Retiring/Moving to Spain.

What does this guide include? 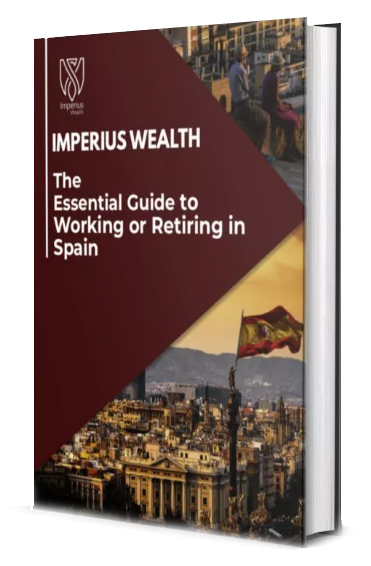 Book Your Consultation Below.
Just fill in your details and we’ll call you back asap.

Get in touch with an adviser